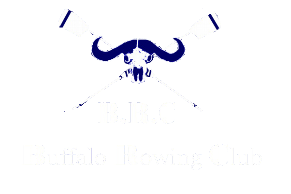 Development in the Eastern Cape

What is Development.?  Straight Development is the growth of rowing in other words increasing the number of participants & institutions rowing & Transformation is a part of Development.

Unless you are an Institution whose sole purpose is Development once you have sourced interested people you need willing helpers & the use of equipment, in other words a “Foster Club”.  That Foster Club must also have an ethos where it is not just aiming to increase its own membership but actively working towards starting other institutions.

Thanks to Clarendon lending their boats out, Buffalo Rowing Club was reborn last October.  A group of like minded individuals who at the beginning of their Constitution put

(1) The primary purpose of the Club shall be to grow & foster the sport & discipline of rowing, not just by growing the Club but also by helping new schools & other institutions start their own rowing clubs.

Grey also lent boats to prospective masters & PE Rowing Club now have an increasing strong masters section & thanks to momentum by the masters from PE & Buffalo I challenged every Master Club in SA to a race at Buffalo resulting in the largest Master entry that I have ever seen at Buffalo in the 20+ years that I have been here.

Together Clarendon & Buffalo Rowing Club have been an integral part of our Development.  Buffalo started approaching local schools.  Virginia, Development Coordinator for RowSA, contacted us for a training Camp, we expected 30, we got 150!  6 schools, 3 from Queenstown & 3 from Mthatha.  Using mainly Clarendon & Buffalo equipment we managed to get just under half on the water.  We thought it chaotic but according to the participants it was the best they had been to (they had done 2 previously in Gauteng)!

Of these 150 only 8 were proficient swimmers, 7 from Mthatha, 1 from Queenstown & 6 of the 7 were from Umtata High School.  Such was their enthusiasm that they would willingly put their lives at risk to row.

As Umtata High had the largest number of swimmers, 4 of the most proficient rowers were selected to come back for a day’s coaching so they could participate in the Novice & Masters Regatta.

It’s all very well introducing people to rowing but unless they feel some sense of achievement whether personally or comparatively they are not going to stay rowing.

The Masters & Novice Regatta filled that roll spectacularly.  But what you didn’t see was some of the thought over & above the normal hard work that goes into a regatta that made it a success. All clubs were asked what they wanted to have & followed up to make sure they came.  Hours were spent combining categories to make, generally, close racing (I now have a template that can be used at any future regatta) & moving races to accommodate everyone’s requests & entries.  Rhodes crashed their trailer so we arranged that the ECRA trailer was taken to Grahamstown for them.  Nemato & Umtata (now OR Thambo Rowing Club) were given accommodation.  Ron ran the most relaxed & fun day managing to fit it everybody (even those who over enter!).

This was also great preparation for National Championships where Buffalo Rowing Club took 46 athletes of which 31 were juniors, from 7 schools, 5 of which were previously non-rowing schools.

At the end of the season we issued challenge to each of the 6 schools from Mthatha & Queentown to find 15 potential rowers that could swim the required 50m.

Umtata High School (Now OR Thambo Rowing Club) was the 1st to reach the target & requested to join Buffalo Rowing Club on another training camp, completely separately Nemato also requested to join a Buffalo Rowing Club camp then word spread & ZRC joined the party.  Due to lack of boats we couldn’t combine it with the schools Bill, Chuma & I coached athletes & coached the coaches and 3 days of rowing later we discovered that we could put out largely if not completely transformational 8s that would give our top Eastern Cape rowing schools a run for their money.

Focusing on just transformation though necessary is unrealistic & unsustainable.  It can not exist without development is other areas of rowing, specifically Masters.  There is no reason why a bunch of old codgers can’t go out & have a good time, retaining necessary skills that we were previously losing.  In that bunch you not only see some of the best coaches but highly skilled business people, fund raisers & negotiators.

I mentioned  personal & comparative achievement I feel we need to make sure that winning a local regatta isn’t it for our rowers & our development isn’t just local. We need to fuel the momentum we have.   We have the ability to make the Eastern Cape known on the national stage.

I would like to see a 2 tiered selection for Eastern Cape Representation.  The top being performance only the 2nd being 80% transformational for all categories above & including J16 to Masters but when we enter the crew they are entered as ECRA/Club composites so both the region & the Club gain the recognition (& any funding!).

The momentum we have gained has seen us grow from a smattering of seniors rowing in the Eastern Cape to a strong masters section that is attracting masters from all the other provinces to race against us.  This season we have seen 2 new clubs start (or restart) & as a consequence this has helped the other senior clubs grow, 1 school with another (perhaps even 2) in progress.  This is very fuzzy we need to measure our progress & in discussion with all club/schools decide the parameters to give us another result to reward not just competitive results.

No doubt you were all glued to the TV when the Olympics were on. GB 🇬🇧 ranked as the top rowing nation and SA 🇿🇦

too had a great Olympics with 5 boats and 5 finals with one medal. But how much stronger could SA have been if rowing

was more accessible to all South Africans? As a South African who has adopted the UK as my home I, and we, can do so

much with very little effort.

Please spread the word: Rowing South Africa are desperately looking for equipment to allow those who would otherwise not

have the opportunity to row. https://www.britishrowing.org/…/urgent-appeal-for-equipment/

When you clear out your boathouses, if you have boats, blades, and spares, please keep it aside. Note that it does not have

to be in full working condition.

When we meet for a regatta or Head Race, I'll grab it off you. We have a container to send. We just need equipment to fill it!

A big thanks to British Rowing who are supporting RowSA with this development initiative. And thanks to Kate Godfrey and

Bill Godfrey who have given so much of their time, passion and enthusiasm to reach out and get this off the ground.

Please spread the word. And to Heads/Directors of Rowing, please add this to your to do list. Every little bit helps.

Help Rowing South Africa to get rowing to places where it has never been before. 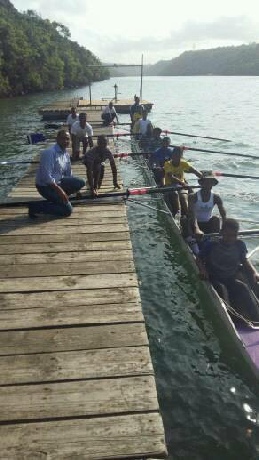